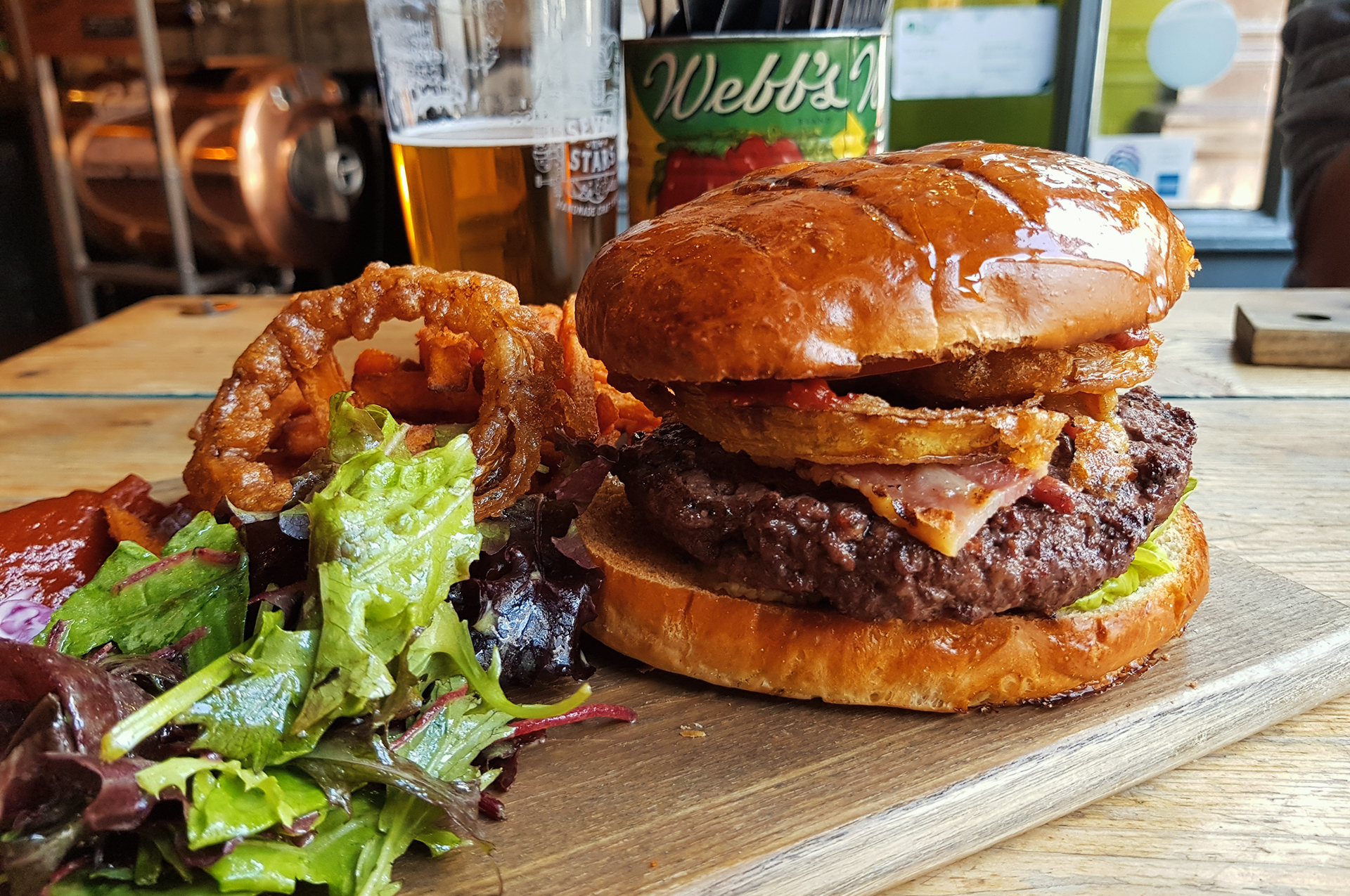 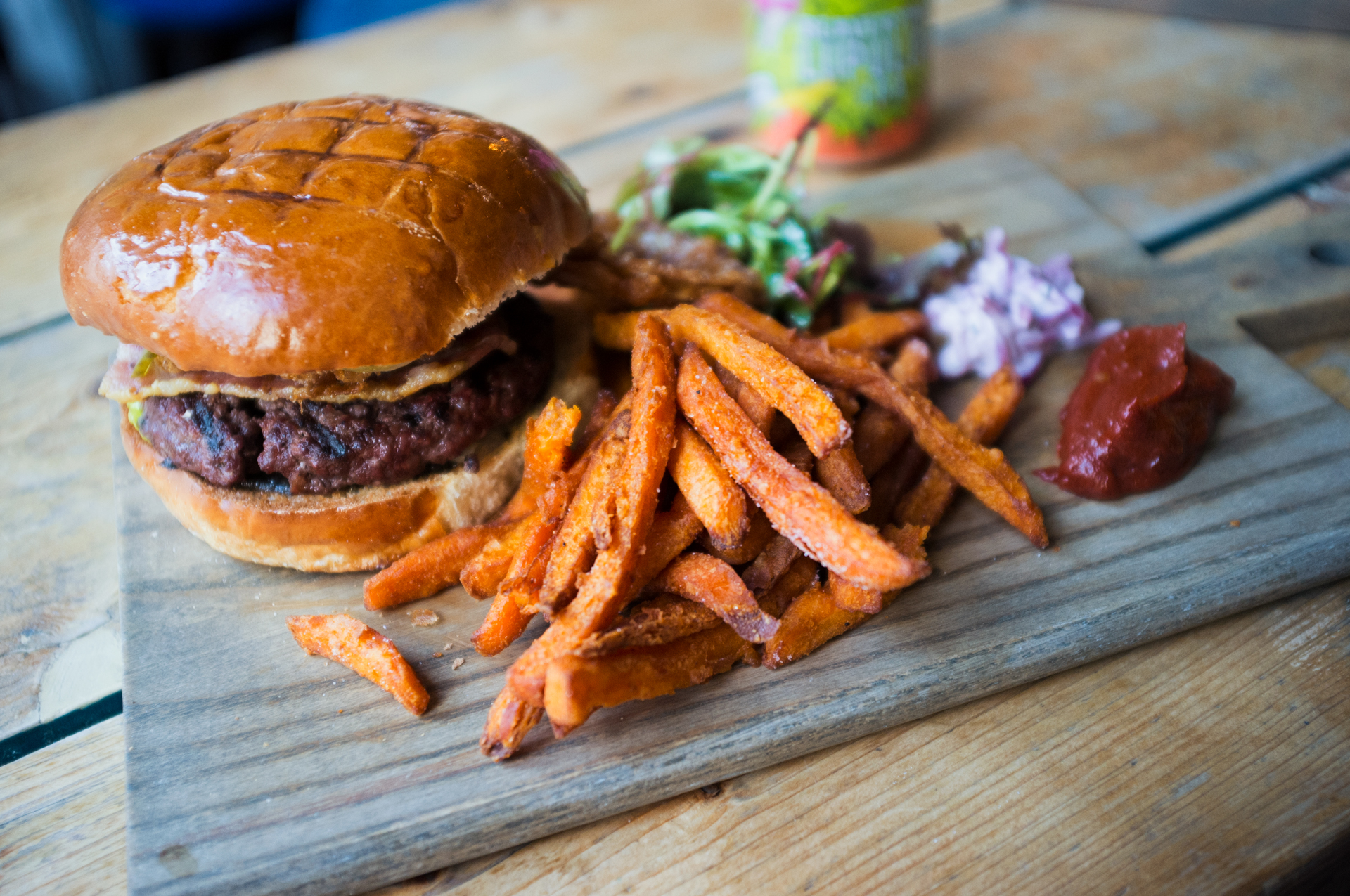 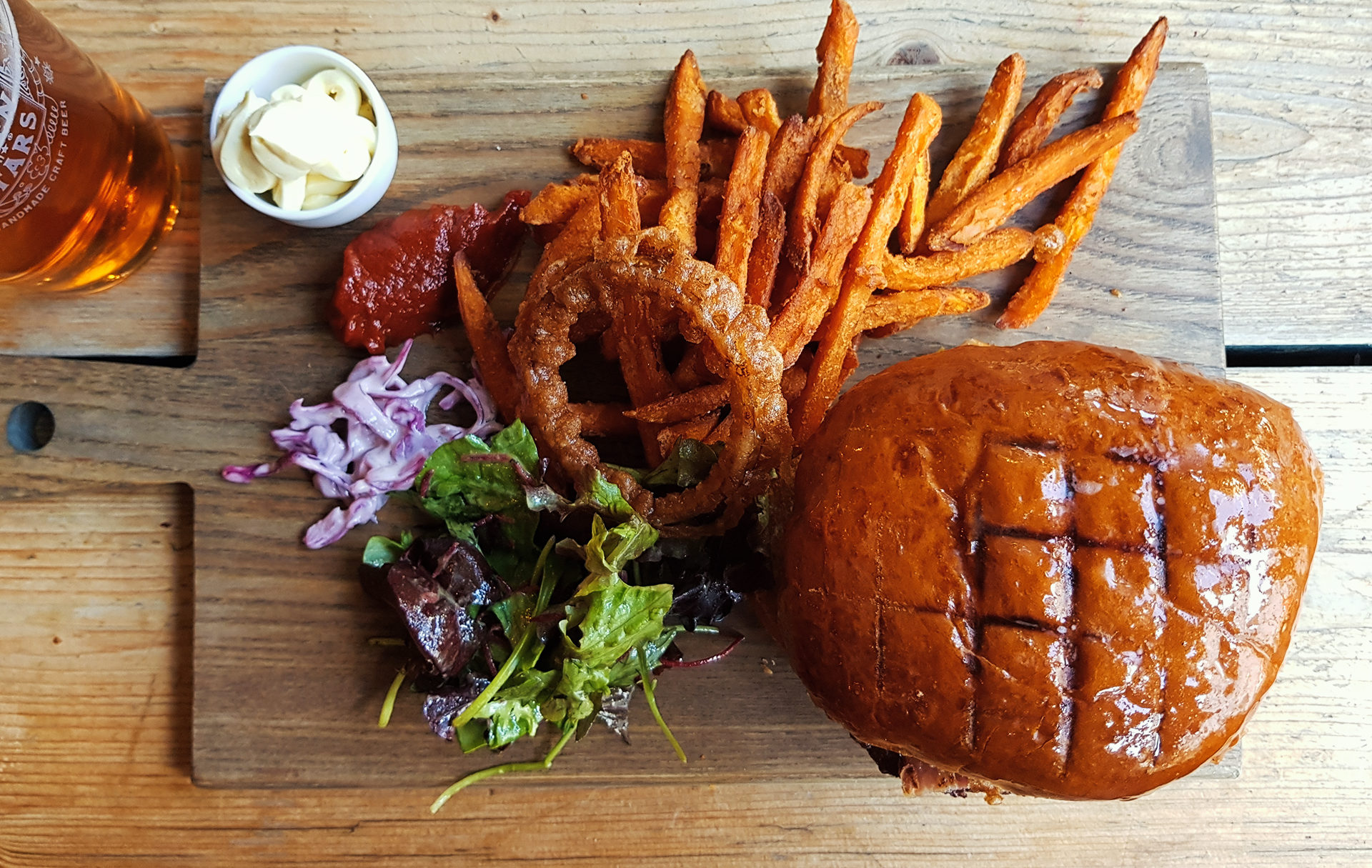 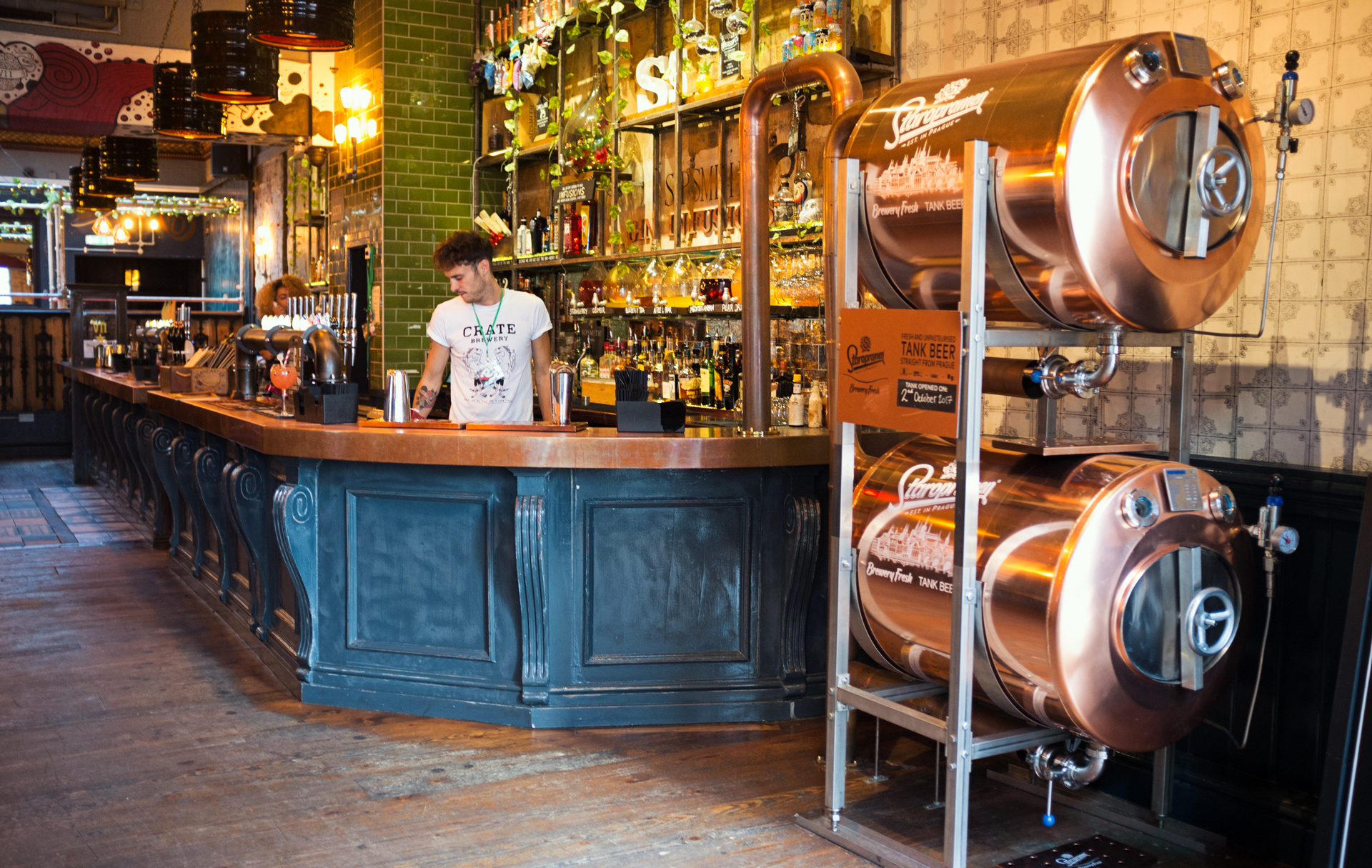 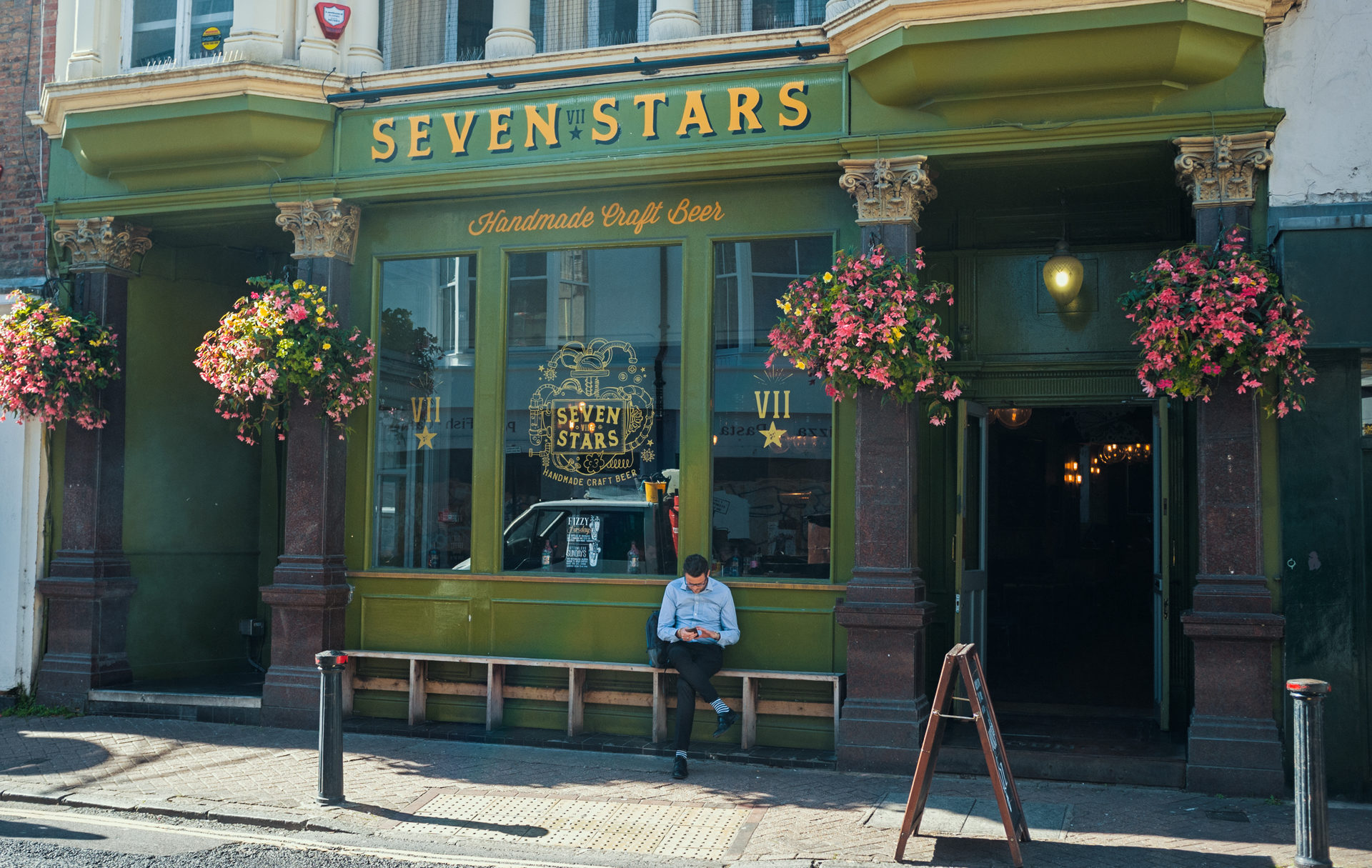 We set out for Seven Stars not really knowing much about Croustillant D and they only had one fixed burger on their menu; the 8oz flame grilled burger. The meal we received exceeded our expectations. We do have a few gripes but the burger and sides as a whole might be one of the best lunches in brighton under £11.

We had eaten at Seven Stars once before when burgers and reviews were not our purpose there. It was great but at the time the kitchen wasn’t run by Croustillant D so we didn’t have a clue what we were in for when we ordered our burgers a year later. There was a special burger on offer but we opted to go with the one menu standard. Once we had decided we had time to quietly sip our beers and play a board game or two.

What followed was a “brioche bun, pickles, tomatoes, gem lettuce with homemade ketchup. Served with skin on fries and Croustillant D’s fennel and apple slaw.” When we ordered we were given a choice between regular or sweet potato fries. The latter of which we chose as it didn’t cost extra. Check out the full menu here: sevenstarsbrighton.pub

You can get the 8oz flame grilled burger for £10.95 but if there is two of you and you go between noon and 5pm you can get two for £15. The bar itself is big with lots of space and comfy booths at the back. We sat near the big windows at the front of the building. The burger, fries, salad and sauce were really well presented on a wooden cutting board. The stand out for us might have been the homemade ketchup, a healthy portion of which was on the board and in the burger.

We gave the burger a score out of 10 in 5 categories which are: Juiciness, Bun, Flavour, Stability and Value for Money. The burger was great tasting, held together beautifully but not without some sticky fingers. All the ingredients came together really well and even though the patty and bun were a little dry the whole burger wasn’t thanks to the tomato and ketchup.

As for a few things we think could be improved, as we said the patty and bun was a bit dry and the meat could have been a bit pinker. The tomato and pickles were also too cold. However, everything together was tasty and the sweet potato fries and salad somewhat makes up for the burgers shortcomings.

We were pleasantly surprised by the flame grilled burger and we will be back to try some of their specials. We hope that this post can tantalize your taste buds and if you give the burger a try please comment to let us know what you thought about it. 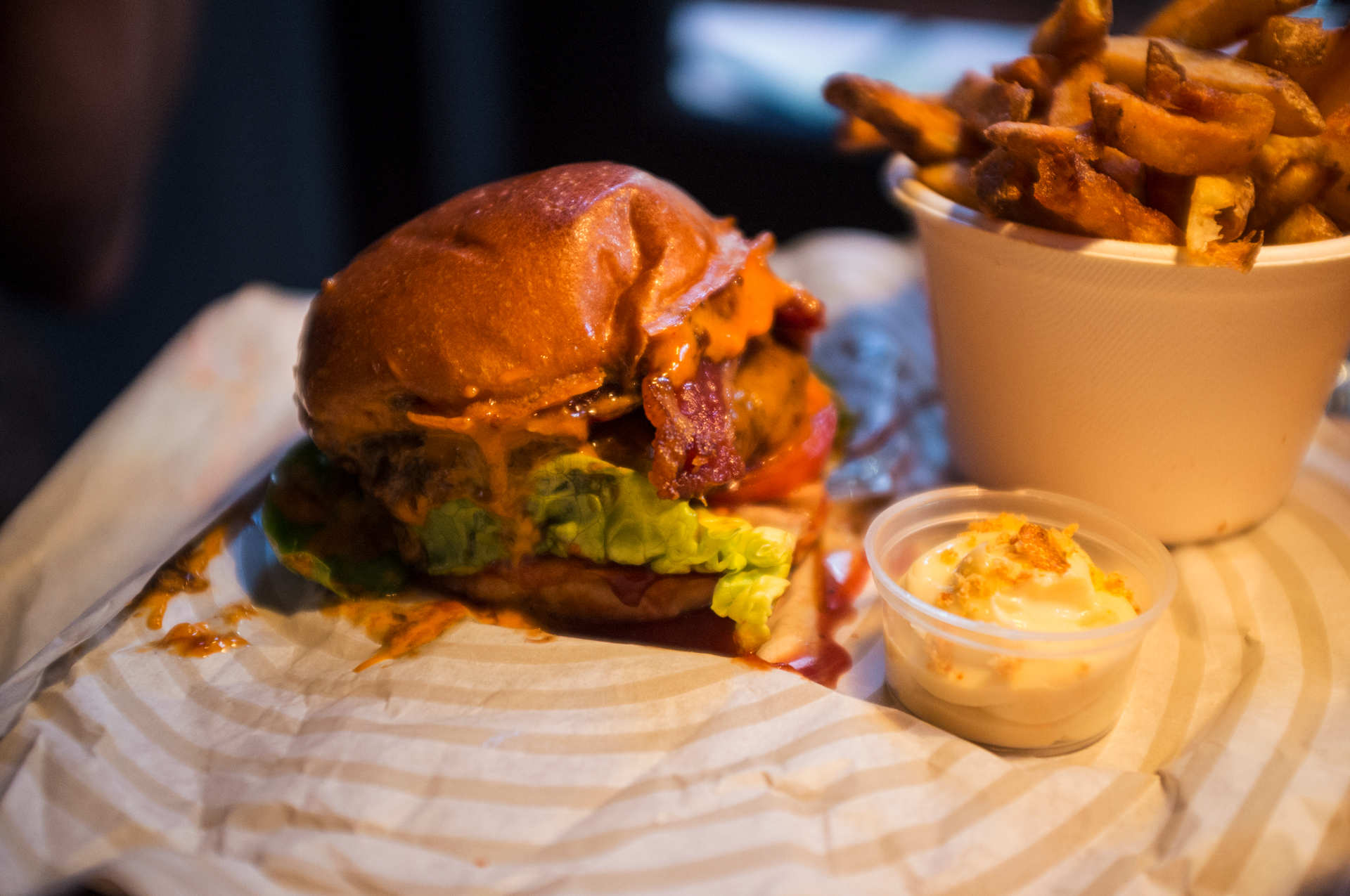 Patty&Bun on Ship St Brighton. We go to see if Brighton’s newest burger venue can compete with the other main players. Does the Smokey Robinson burger land in our top 10? This was our first trip to Patty&Bun and we hadn’t seen or read any reviews so we had no idea what to expect. 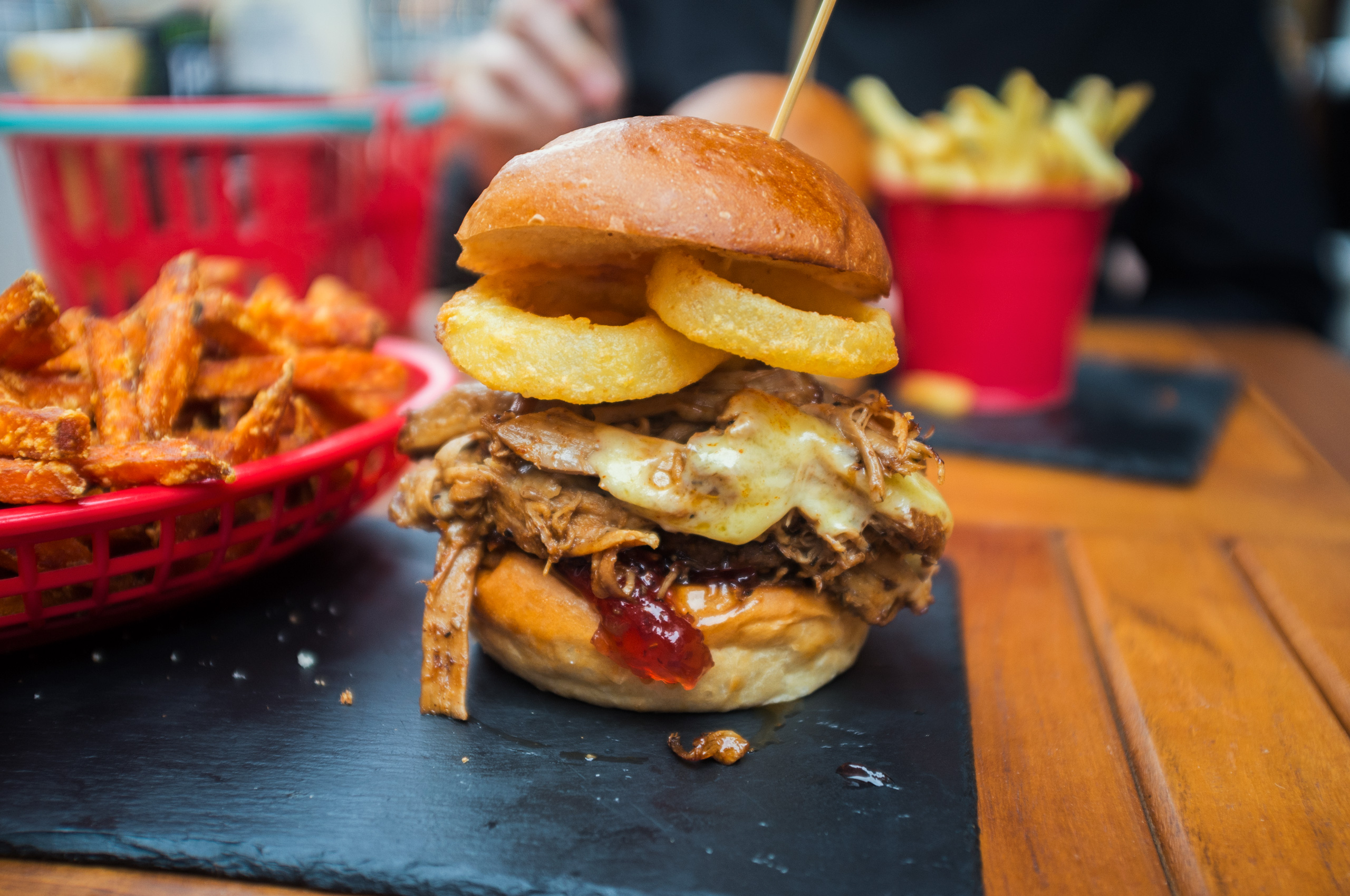 We pay Brighton Burger a visit to see what gourmet gold they have to offer. After looking through the menu there was no doubt in our minds that the Smokestack was the best choice for us. Wagyu beef topped with smoked pork, smoked cheddar & onion rings, sat on raspberry jam, onions and chilli peanut spread.

Tyler Consultants Limited is the trading name of Tickled Chilli.